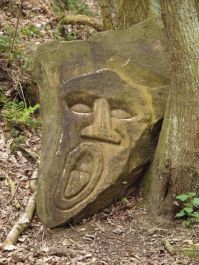 Since we’re so close to Halloween, I thought I’d explore my one venture into writing horror. The plotting workout of going outside my genre was educational, as it made me study the art of scaring people.

I’m at home writing paranormal phenomena. My mystery series features a psychic protagonist and there are ghosts and spirits in two of the books, Shaman’s Blues and Soul Loss. However, their roles are more mystical than frightening, and while the ghost in my prequel short story The Outlaw Women delivers some disturbing news, he’s actually quite benevolent. Mystery involves suspense and tension, and sometimes fear for the main character’s safety, but not the kind of fear that that makes the hairs on the back of your neck stand up.

In Stephen King’s analysis of horror, Danse Macabre, he has a chapter on monstrosity in which he examines the fine line between the strange and the monstrous. It’s the walk on that line that I find chilling. When the transition into monstrosity is too extreme, the impact is lost. To me, the scariest part of a horror story isn’t the gore. The blood and guts or weird slime or whatever is supposed to deliver peak terror is usually so over-the-top or icky that I’m not scared anymore. It’s the build-up that creeps me out, the sense that something is wrong at a deep, perhaps supernatural level, making it hard to fight or prevent.

Though I read horror stories occasionally, I never planned to write one. I ended up doing it on kind of a dare. In a discussion with several other authors, I brought up the fact that when author earnings are sorted by genre, the most money was in romance. None of us wrote romance. A horror writer said he’d have to try. I asked, “Horror-romance?” Next thing I knew, we were working on an anthology of horror-romance short stories based on the seven deadly sins. I picked sloth, since it was a challenge. How could I make laziness frightening? And romantic, in a scary way?

The Apache concept of bear sickness, a condition of unnatural lethargy, struck me as good starting place. Loss of control at the mental level, the feeling that something is invading and taking you over against your will, would have to be terrifying. I explored other Apache myths about bears and came up with a horror story without gore, an appropriate choice for the author of series of mysteries without murders. I was working on Ghost Sickness at the time, which is set, in part, on the Mescalero Apache reservation, so I used that locale—the same powwow, and even a couple of the minor characters from Ghost Sickness— in my horror story. When it turned out to be too long for the anthology, I set it aside for a while. Last year I released Bearing as a stand-alone for Halloween. Most people have liked it and found it creepy or chilling. However, the only review on Barnes and Noble says “Not at all scary.” The same things don’t frighten all of us. What gives you a good scare? 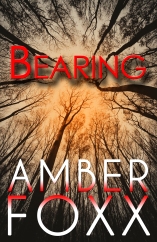 A tale of paranormal horror based on Native American myths.

Mikayla, young Apache woman attending a powwow with her family, becomes entranced by an outsider, a Cree man who shows up without his Apache girlfriend. As her fascination consumes her, Mikayla changes in ways both pleasurable and frightening, powerless to overcome his dark magic until it may be too late.

The Calling, the first book in the Mae Martin Psychic Mystery series, is on sale for 99 cents through Oct. 28th on all e-book retail sites.

4 thoughts on “What Scares You?”