Well, I’m almost there. I’ve been slogging away at writing book two of the Edmund DeCleryk mystery series, Murder in the Cemetery, for upwards of a year and now I’m in the editing, polishing and cut-and-paste phase of the book. There are more details in this one than Murder in the Museum, so way more things to keep track of:

For example, in an earlier chapter, Annie DeCleryk, wife of sleuth Edmund DeCleryk, invites a friend of hers to speak at an evening event sponsored by the Historical Society where Annie works. Low and behold, a later chapter indicated that it was a luncheon event. Boy, was I glad I discovered that one!

At another point I write about an unidentified set of tire tracks at the murder scene, that’s early on in the story, but as I reached the end of the first draft I realized I’d never come back to it and explained why they were there.

There are a set of historical letters written into the plot, they take place in the 1800s. I have them interspersed throughout the book in chronological order. At least now I do. When I scrolled through the manuscript, I discovered that in a couple places they were in the wrong order. 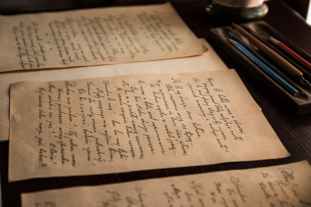 Then there are chapters. As I write and revise, I sometimes remove chapters or move them to another location. Sometimes I divide one chapter into two. I spent one afternoon making sure the chapters were in order and correctly numbered. In a few cases they weren’t.

I also try and eliminate redundancy. Ed and Annie take a trip to England, you’ll learn why when you read the book, and they discover there’s a connection with something that happens on that trip and the murder in Lighthouse Cove. I explain it fully in that chapter and yep, I had Ed explaining the same scenario, multiple times, to other characters who were helping solve the crime. You, the reader, probably don’t want to revisit the entire story more than once, so in subsequent explanations I went back and had Ed summarize.

Photo by Pixabay on Pexels.com

I was a journalist once and as a result, my fiction writing, at least those early drafts, is typically very succinct. So, then I go back and expand the plot. Once done, I usually realize I’ve written more than I need, so then I cut.  What that means is that sometimes I get rid of a chapter I’m emotionally attached to, because as much as I like it, it really doesn’t enhance the plot.

Writing a novel takes a lot of work, not just making sure the plot makes sense, but also keeping track of all the details that make a book flow the way it’s supposed to. I do that on handwritten notes, charts, notes in my computer and, also, in my head. Phew! But I’m gratified when the finished product finally goes to print.

View all posts by kshughart47

3 thoughts on “Keeping Track of Details by Karen Shughart”