The current Shandra Higheagle book I’m getting ready to publish has needed many different people to make it a realistic story, not only for plot and story line, but also setting and characters.

Book eleven revisits the Colville Reservation where Shandra’s paternal family live.  Because of the setting, I had to send the story off to my friend who lives on the reservation to make sure I gave a factual representation of the culture and the setting. Thankfully, she only found a couple of things I had to fix.

I also brought in the Seven Drums religion that is having a comeback with the Nez Perce. While I used information from a book written in 1997, the elder who was quoted in the book had spent time in sweat lodges with the elders who had been in the war of 1878. He told how the Indians were made to lose their heritage and become “white”. The clergymen back then and even the Indians who became Christians banned the Seven Drums religion because they didn’t believe you should pay homage to the animals and the world around you, only to the one God.

The elder had become a Christian and later in life, returned to his roots and became a shaman who presided over traditional funerals and ceremonies.

I enjoyed learning the bits and pieces I could find about the religion and adding elements I’d discovered and put my own spin on things. Thankfully, my friend okayed my spins. 😉

Logistics, modus operandi, and discerning the victim and why they should die were other factors that made this story a lot of fun to write. I love the discovery of things as I write as well as having laid a path that can take abrupt twists.

But my favorite part of writing any story is the interesting things I learn as I research and add to my story to not only make it believable but hopefully a learning experience. 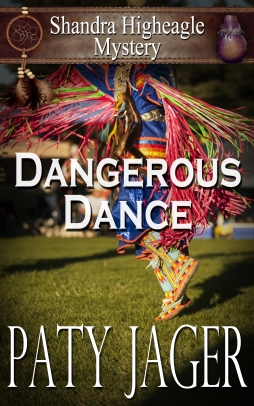 At the reservation to make final arrangements for her upcoming wedding, potter Shandra Higheagle gets caught up in the murder of a young woman about to turn her life around.

Having no jurisdiction on the reservation, Detective Ryan Greer pulls in favors from friends in the FBI to make sure there is no delay in their wedding.

However, the death occurs in a sacred place and could place the nuptials on hold. And following the clues may not only stop the wedding…

But separate Shandra and Ryan for life.