So at heart a mystery seems to be an obfuscation, either deliberate or accidental. I can deal with that. It isn’t easy, but I can deal with it. It comes down to making the unknown known, and the writer has the unenviable task of revealing it piece (clue) by piece. That is after he created the story and then covered it up! It is a delicate balance.

Taking a ‘mystery’ and making it into an enjoyable and reasonably coherent novel is a daunting process, whether it’s the question of who took Aunt Ida’s coconut cake to finding a vicious and seemingly omnipotent serial killer. The process is – or should be – the same. Even if it isn’t the first scene in the book, when you’re plotting you need to start with an action by an unknown – i.e., the crime, be it coconut cake or murder. Then you must follow the carefully laid clues but seemingly random clues found by the sleuth, be he amateur or professional detective, and by examining these clues eventually uncover the truth. Don’t forget to complicate the process with a fair amount of believable red herrings and some conflicts/problems caused by the people involved.

The trick to doing this is not to be too obscure or too obvious. And I’m a firm believer that your sleuth has to work at finding these clues and therefore find the solution to the mystery in a logical and sort of organized form. You should also put in enough clues that the reader, if so inclined, has a decent chance of solving the mystery. Now I’m perfectly aware there are mysteries which are widely read and even some celebrated writers who break these rules. The most famous example is Raymond Chandler, who admitted that sometimes even he didn’t know how his sleuth solved the mystery – it just happened. Raymond Chandlers are few and far in between, though; the quality of his writing was so good that neither readers nor critics seem to care. Don’t try to duplicate this. Odds are you can’t.

Another rule-breaker is often the currently popular ‘fluffy’ cozy mystery. The sleuth is usually a woman and she usually has a ‘cute’ job – owning a bakery or specialty coffee cafe or floral shop or something similar. She has or wants a boyfriend, who often turns out to be a policeman of some sort, and a bunch of ‘zany’ or ‘quirky’ friends. All too often in this kind of story the mystery is of secondary importance to personal relationships and the personal life of the sleuth. It’s an overdone trope, but some sleuths still express a passion for shoes which takes up a lot of the story space. Which is fine, as long as that is the sort of story is what the reader wants.

What is not acceptable, however, is when in whatever kind of mystery the sleuth does little to no sleuthing. Clues seem to appear with no effort on the sleuth’s part. The solution is highly reminiscent of the deus ex machina so beloved of Greek and Roman playwrights. I call that a cheat. A mystery shouldn’t need a god to step down from Olympus to unravel a story so complex it is beyond the ken of mere humans.

It is good that there are so many variations of mysteries – puzzles, non-lethal crimes, capers, murders, serial killers, fluffy cozies, traditional cozies, hard-boileds… there is a style of mystery for every reader. I only hope they follow the rules that make a mystery a good story. 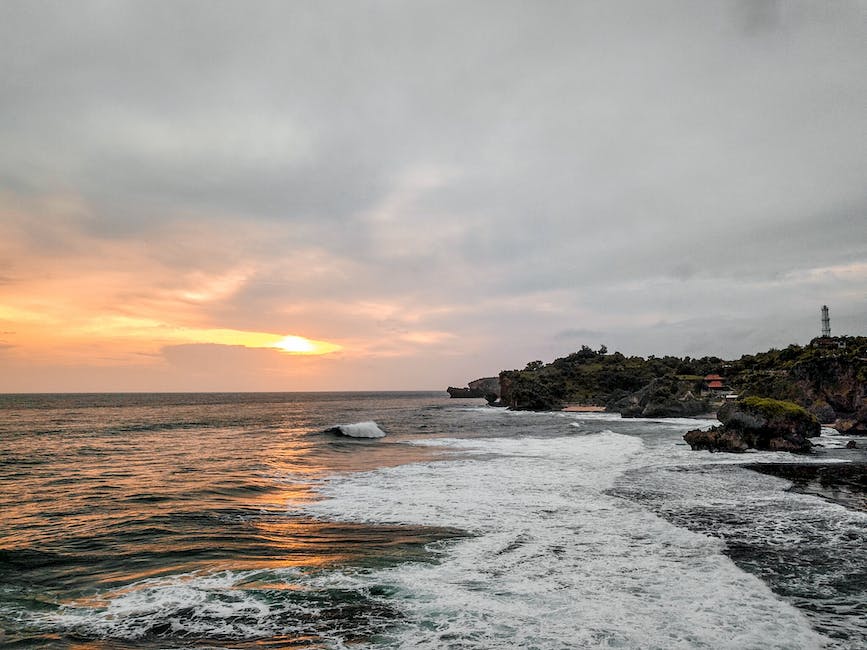 My book, Murder in the Museum, was published in the spring by Cozy Cat Press. I resolved to spend at least twice a week promoting it and several more hours writing the second book in the series, Murder in the Cemetery.  I was feeling positive about my progress. The first, in all formats, was selling well, and I had written 15 chapters of the second book. Then spring turned into summer, here on Lake Ontario a season that starts with the July 4th holiday. And that’s when my resolve crumbled.

You must understand that we live in a resort area where summer days are long and the sunsets, spectacular. Where our days are filled with fishing, boating, beachcombing, golfing, swimming, festivals, parades and fireworks. Oh, and did I forget to mention the parties and picnics?  And the intimate get-togethers with friends at waterside restaurants? And outdoor concerts and theatre performances? And gardening?  And farm markets? This summer I also coordinated multiple events and activities for a family destination wedding that was held here, and we had three weeks of non-stop company. Get the picture?

I wanted to enjoy the beautiful weather and activities with friends and family, and that was the point when my resolve to write and promote on a regular basis crumbled. But I wasn’t feeling very good about it. I felt guilty and was losing sleep. Then one night, while tossing, turning and fretting, I took a deep breath and acknowledged that I was putting too much pressure on myself. I calmed down and faced reality.

The reality was that while not doing as well online, book sales were brisk at the multitude of seasonal gift shops, museums, visitors’ centers, bookstores and other outlets in our village and nearby communities. The reality was that I’d enjoyed several successful book signings and, as a local author, had been asked to attend various book group meetings.   And when I thought about it a little more I realized that life’s experiences make us better writers. Good and bad, they help us craft our stories with authenticity and richness. When I sit down to continue writing the second book, I’m sure I’ll include some of this summer’s celebrations in the story.

So, I decided to stop fretting and enjoy this bountiful season. I understood that it was okay for me to take some time to not only smell the posies I’d planted or cultivated over the years, but also weed them and feed them. And to do the same for myself.

Summer is now almost over, and fall is on the way. Soon I’ll settle down and get back to work on a more consistent basis. But I’m also going to enjoy the bonfires, apple-picking, grape harvests and wine tastings, festivals, hikes and cozy dinners with my husband, friends and family.  And I’ll weave these experiences into my stories, as well.

Like Loading...
November 25, 2017November 19, 2017 ~ patyjag ~ 2 Comments
Why I Write The Greenhouse Mystery Series
My husband and I are passionate organic gardeners. A few years ago we started our own small vegetable farm in Bucks County, Pennsylvania, with the intention of developing it into an organic CSA (community supported agriculture). Unfortunately, things fell through with the land we were leasing and the farm never made it past its first season.
About a year later, my husband and I had driven to a solo signing at a bookstore in a small town in the Smoky Mountains of North Carolina. I was about a year into this whole publishing journey—my first novel, Killer Image, had been released on October 1, 2013, and the second in the series, Deadly Assets, that past July. I was still naïve enough to think, “If you have one reader, then they will come.”
Only they didn’t. My publicist and I did our best to get people there—advertised the signing on Facebook, tweeted every day leading up to the date, created an invitation, and posted the event on my website. Still, it was me, the lovely and engaging shop owner, my husband, and a plate of cookies.
I might have felt discouraged, except that a wonderful thing happened. I saw firsthand that small rural town in action. Others with shops along the quaint town center stopped in to chat with the bookstore owner. Their kids popped over after school, ate a few cookies, and then quizzed the store owner and me about the latest books. There was a buzz in the air, and despite the town’s remote location, I felt a worldly attention to life beyond its mountainous borders.
I was moved by these interactions, by the comfortable pace of life and the warmth I saw between townspeople. It dawned on me that a version of our small farm could live on—in a fictional small town in my home state of Pennsylvania. I’d been looking for a way to weave my family’s passion for organic farming and sustainable living into my novels, and here it was, served to me after a long, peaceful day in the picturesque mountains of the South.
And thereafter, Washington Acres Farm and the fiction town of Winsome, Pennsylvania were born in the form of the Greenhouse Mystery series.
I’m no stranger to small towns. I grew up outside of Philadelphia, but I spent most of my youth and young adulthood in one small town or another. Even now, I live in a small town in the Green Mountains of Vermont. But there was magic in that charming Southern small town. I wanted to share that magic.
I’m thankful for that failed book signing experience.  It was a splendid reminder that sometimes we get what we need, not what we think we need. 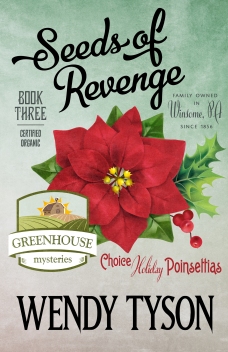 Blurb for Seeds of Revenge
It’s time to cuddle up with a holiday whodunit. Smell the crisp pines and baking cranberries as you sip your hot apple cider. It may be the season, but the mood in Winsome is anything but jolly. Megan Sawyer is determined to farm year-round. So much so that she braves a December snowstorm to pitch her fresh greenhouse greens to Philadelphia chefs. And then she sees a stranger stranded on the side of the road.
But this woman is no stranger to Winsome. It’s Becca Fox. A love chemist (you read that right). She’s headed to her aunt’s house to sell her love potions at holiday events. Or so Becca thinks.
Her sneaky aunt only invited Becca home to reunite her with her estranged father. It sounds noble and kind-hearted, until the man ends up dead. Megan soon finds herself in the middle. She realizes Becca’s not the only one getting iced over. Megan’s own aunt, the famous mystery author, is dragged into the drama. Her novels implicate her and she’s in trouble.
Now it’s personal. Our Megan must follow a cryptic trail of literary clues, all while sifting through the victim’s sordid past. She gets closer to the truth as the murderer gets closer to her. How’s that for a ho ho ho? Don’t let your fresh apple crisp burn in the oven because you’re lost in this holiday homicide.
Buy Links:
Amazon: http://amzn.to/2xTB02f
B&N: http://bit.ly/2l3jwj7

Wendy Tyson’s background in law and psychology has provided inspiration for her mysteries and thrillers. Wendy’s short fiction has appeared in literary journals, and she’s a contributing editor and columnist for The Big Thrill and The Thrill Begins, International Thriller Writers’ online magazines. She is the author of the Allison Campbell Mystery Series and the Greenhouse Mystery Series.
Social Media:
https://www.facebook.com/WendyTysonAuthor
http://twitter.com/wendytyson
http://instagram.com/wendy.tyson