A fellow writer in an online discussion group asked how other authors feel about their main characters. Why do we stick with them and want to write about them?

When I started writing my series, I needed a lead character who could solve the type of mysteries I wanted to write. The “villains” aren’t killers. Some commit other types of crimes such as theft or stalking; some are fraudulent shamans or healers; some are corrupt or dangerous in a personal and spiritual way without breaking the law. My protagonist, Mae Martin, is psychic, though that’s not the only skill she brings to solving mysteries. Like any amateur sleuth, she’s observant, analytical, persistent, curious, and she’s the kind of person people turn to for help.

Except for being psychic, Mae is based on a good friend (the friend knows I did this). 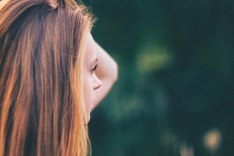 If I feel I’m losing touch with her, I just have to ask myself what my friend would do or say. She’s generous and nurturing, but she’ll only put up with so much, and when she speaks her mind, she can be a handful. Her willingness to help others is both her greatest strength and her greatest weakness, because she can go overboard. Mae sometimes catches herself in the act of getting too wrapped up another person’s troubles, but she ends up doing it anyway.

My friend, who is a good bit younger than me, is on her third marriage. So far, Mae is dodging number three, but she has what she calls a “man habit,” and hasn’t managed to go as long without a relationship as she meant to at the end of marriage number two. One of the things I enjoy about her is that she was raised to be a nice Southern lady, but she’s feisty and she likes to win. When she seems too good, I remember her competitive streak, and her bad choices as well as her good ones. I like her for her faults as much as for her strengths.

I once read a blog post in which an author said to give your characters just three traits—don’t make them more complex or contradictory. Interesting idea, and it may work for certain subgenres of mystery, but it’s not my approach to building characters. Though I don’t have to reveal and explain every aspect of their psyches, complex people feel more real to me, and they apparently seem real to my readers.

Some readers are deeply attached to Mae’s boyfriend, and they tend to take his side when the couple has fights; others take her side. I was strangely flattered when a friend asked me to create a character based on her so she and Mae could go through a conflict and work out some problems. This friend feels that she and Mae don’t get along as well as they did in the first few books. “I want to start out as her nemesis and become her friend,” she said. I’m inclined to do it. There’s already a character in one of the two books in progress who resembles this woman in age, appearance, and occupation. She and the real person who inspired Mae strike me as incompatible, though they’re two of my closest friends. They live in different states and have never met, but I’ll have fun throwing them together in fiction and seeing how they both grow and change through the encounter.

On Ramona DeFelice Long’s blog, she once suggested a character “I’m not” exercise: having the character list their perceptions of what they are not, and then checking to see if these things helped or hindered the character, and if these perceptions were static or changing. I found it helpful to look at how Mae sees herself, not just how I see her. After all, we can have inaccurate perceptions of ourselves. She doesn’t necessarily know herself as well as  she could, and that’s where the potential for growth comes in—the shortcomings that get her into trouble and challenge her to learn.

What keeps you committed to your series protagonist?

One thought on “Committed to a Character”