If only I could write twice as fast! Ideas come at me like raindrops in a storm.  Some ideas seem like a great idea at the time and as I get closer to writing the story, decide it won’t work.

And then there are the ones that come when you least expect it and hold up the more you think about them and start researching.

In December, my husband and I spent a weekend at a nice casino in Reno. I’d won the weekend from the Silent Auction at the Left Coast Crime conference in Reno last February.  Part of the package I purchased was a spa package. I was excited to get a massage.

And the spa…on my! I’d never been anywhere that pampered and had such wonderful amenities.  I sat in a dimly lit room, watching big colorful fish in an aquarium, drinking lemon water, and waiting my time for a massage.

The masseuse arrived and escorted me to the room. It was dimly lit, soft music playing. She showed me everything and headed to the door. “Take off your robe and get under the sheet, I’ll be right back.”

I did as instructed and as I laid there, face down, my arms dangling over each side of the table, my mind went to- “What if I were a dead body?” And of course my head began spinning with how to work it into one of my Shandra Higheagle books.

By the time my massage was over, I had the plot all figured out in my head. What I needed now was research.  While waiting for my hubby to come out of the men’s side of the spa, I started quizzing the people at the counter. I filled up the back side of two price sheets with answers to my questions about how a spa of that magnitude ran.

Then two weeks ago, I spent a week at the Oregon Coast writing. It was wonderful! What I especially like when I write at the beach are my walks on the beach.

On one walk, when the wind was blowing and cold enough I had my sweatshirt hood tied tight, I shared the beach with an older gentleman and a little boy of about six. I assumed the older gentleman was the grandfather. The the boy had on only a t-shirt and shorts. He had something in his hand. He came up to me and said, “Look! I found a mermaid scale!” It appeared to be a colorful piece of mollusk shell. But I agreed with him. 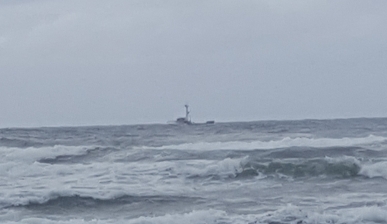 I went on my walk and noticed a boat bobbing in the ocean just the other side of the breaks. Thinking it would make a nice photo, I took several, then turned and headed back the way, I’d come.

The grandfather was near the water. The little boy was splashing in the waning waves sweeping up on the sand.  I passed them and glanced out at the waves. The boat was moving along the other side of the breaks in the same direction I was.

I thought I saw the head of a sea lion. I stared and took photos, trying to capture the creature. Walking briskly because the wind was getting colder, I headed to the hotel stairs two blocks from the house where I was staying. I looked back at the beach.

The man was there but I didn’t see the boy. And the boat was heading the other direction. Perhaps what I saw wasn’t a sea lion but a man in scuba gear?

As I walked to the house, I put together the kidnapping of a boy and the woman who captured it on her camera without knowing. It will be a story in a Gabriel Hawke book.

I love when ideas hit and I can see they will be a fun book to write.

Mysteries, even the lighter ones, touch on the darker side of human nature. There is a wrong to be righted, not just a puzzle to solve. Since I don’t write about murder, I alternate between what I think of crimes of the spirit and actual crimes. The antagonist is usually based on someone who made me angry, created a sense of outrage, or gave me the creeps. In The Calling, Mae Martin encounters a professor who appears to be unethical in his relationships with female students and colleagues, and there’s a dark spiritual power around him as well. Shaman’s Blues starts with missing people, one who may be connected with a ghost, and one who claims to read auras and gives strange advice. She was inspired by someone I met many years ago in Santa Fe and never forgot—because people seemed to believe her, despite the dubious nature of her guidance. The exploitation of others’ spiritual longings and desire for healing is a theme I explore often. Living in New Mexico, where alternative medicine and spiritual seekers are a big part of the scene, I’ll never run out of material. There are many excellent practitioners here, but there are some questionable ones as well.

Because of the hot springs, the land where my home town, Truth or Consequences, is situated was a healing place for the Apaches long before Europeans arrived. Visitors come here now for retreats and to recover their health and peace of mind. I set my most recent book, Death Omen, here, for that reason. Some of it takes place in Santa Fe and on the road, but much of the third act takes place in one of Truth or Consequences’ hot springs spas. The antagonist claims to be a healer and a visionary who can see past incarnations. If she’s not what she says she is, her followers may be risking their lives. 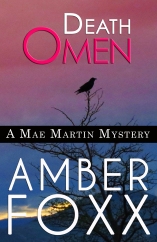 Shaman’s Blues, book two in the Mae Martin series, is currently on sale for 99 cents. 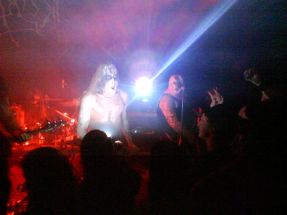 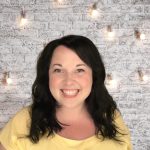