I sometimes say I don’t outline, but in a way I do—backwards. After I write a chapter, I take notes on the plot progression, including the events that might be clues or might be loose ends. This becomes a clean-up guide as well as a quick review of the story structure when I finish improvising and following my characters where they choose to go. I also note emerging themes and subplots. Later, I use the notes as revision tools. They help me in deciding what to keep, expand, or cut.

Having reached the near-end of my work in progress, the crisis and the partial solution to the mystery, I now have the denouement chapter to write, the one where I tie up the last loose ends. In looking back over my notes, I find about half are tied up. As for the remaining ones, many are so minor I can cut the lines that set them up, while others are significant questions that have to be answered. I’m glad I kept that list. Now I have something bordering an outline in advance for the final chapter, as well as a plan for future cuts and reorganization.

The sale on books one and two in the Mae Martin Psychic Mystery Series will end June 13. Until then, you can still download The Calling free and buy Shaman’s Blues for 99 cents. No murder, just mystery.

That wasn’t the plan. I was cutting subplots, cutting back to one point of view, and changing some aspects of the crime, and I thought it would all work out in a predicted direction. Then I introduced a certain secret earlier in the plot, and out of the blue, my protagonist, Mae Martin, made a decision that changed everything.

It was a well-timed decision on her part, plot-wise. I’m at the Act Two/Act Three transition point, where the protagonist has to pass through her second doorway of no return. This choice she made, seemingly without my input, will raise the stakes for her exponentially, increasing the risks to her relationships and her reputation. It’s something only she can do, and if she doesn’t do it, there are risks to other people’s well-being. It’s a choice between two “bads.” (Meanwhile, in her romantic life she’s struggling with the choice between “goods.”)

The amazing thing to me about this unexpected turn she took is that it’s going to tie up all the loose ends, when it’s resolved.

At least, I think so.

I keep chapter notes as I go, something like a hindsight outline, noting Mae’s goal for each chapter and scene (I’m writing third person but only in her POV), the disaster or hook at the end, the loose ends each chapter has created that will need to be tied up, and the progress in the main plot and subplots. I suppose I can consider some of those notes a plan, since a few are quick sketches of what I can see coming next, but I can’t see very far ahead. Some parts of the original version have found their way almost whole into this revision, and others still might. I wonder if the end will. I liked it the first time around, but it may no longer fit. One of the biggest mysteries in writing a mystery is how my creative mind works.

A character in the work in progress used a phrase I didn’t expect him to say, referring to certain people as his and Mae’s “shadow families.” In the middle of the night, I realized that could be the title. It fits the plot and also the pattern of my titles: two words with a mysterious ring to them, suited to psychic mysteries without murder. The Calling, Shaman’s Blues, Snake Face, Soul Loss, Ghost Sickness, Death Omen … Shadow Family?

Last weekend, I ran into a fellow writer and asked him how his new book was going. He said it was hard. Very hard. I said mine was too, and he replied, “If they’re good, they’re all hard. Can you imagine what you’d have if you could say, ‘It was easy, I just wrote it?’ ”

When it’s hard, here are some things I’ve found that help me move through the muck:

Trying the scene in a different point of view. (Of course, this only works  if you write in the third person.) Figuring out who has the most at stake in the scene and shifting to their POV can give a scene more energy and drive.

Revisiting the protagonist’s character arc. What will challenge her to go where she needs to go next psychologically?

Revisiting the protagonist’s story goal. Is the main plot sufficiently  driven by what she wants and what’s getting in the way of it, or have I gotten sidetracked? The fertility of my garden of subplots is astounding, and some of the things that sprout in it are weeds.

Examining the protagonist/antagonist relationships.  I usually have multiple oppositional characters in the way of my main character’s goal, presenting conflicts that push her to change and mature. As with subplots, I have to examine these characters and make sure I haven’t cast  too many.

Doing  an intense writing workout. For example, cranking out a 2,000 word short story in a single sitting. I’d already plotted it while running. I knew the instigating event, the protagonist, the antagonist, the secondary characters who complicate things, the settings, the themes, the ending, and the twists. Was it a brilliant story? No. But it shot me clean through a plot and made me review skills for structuring and tightening a story. I knew intuitively what to skip such as the transitions that were easily implied and the descriptions that a reader would have already imagined. And I have the satisfaction of having finished something. Now, back to the book in progress.

I haven’t been totally stuck, by the way. I have two new releases this month: Small Awakenings, a book of reflective essays,

and a boxed set of the first three Mae Martin  psychic mysteries. The boxed set is on sale for $2.99 through the weekend. 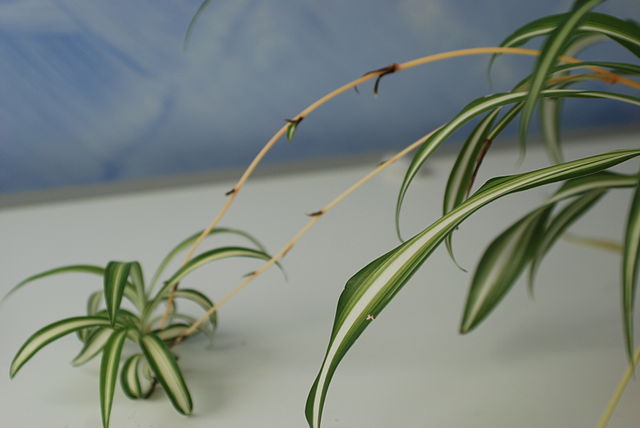 My writing process reminds me of a spider plant—sprouting new plants which have potential to live and thrive if I cut them off the parent plant and pot them. But I have to choose how many little spiders I want to do that with, and how many I’d rather leave attached or simply trim off.

My last book, Ghost Sickness, took root from two stories I discarded. A scene that ended up being close to the end of it was originally the beginning of one of the rejected plots, while several key characters and settings came from the other. Maybe I should have entitled this post “Reduce, Reuse, Recycle,” because when I’m cutting, I store a lot of the cuts in a Scenes to Recycle file. It often ends up being the gentle way to kill my darlings, but it can also lead to creative recycling. Shaman’s Blues, my second book, hatched from a subplot in Soul Loss, which was originally going to be the second book and ended up being the fourth.

I’m well along in the first draft of the sixth book in my series, tentatively titled Medicine Buddha, and I can see that it’s going need trimming. I like the subplots better than the main plot. The antagonist doesn’t feel strong enough. My protagonist doesn’t have enough at stake. But I like the theme I’m working with and I love the settings. I’m also happy with reintroducing some characters from prior books, giving them important roles in this one.

This work in progress hatched like a baby spider plant from a second draft of Ghost Sickness. I cut scenes and subplots from it which are now the opening scenes of the main plot of book six. My protagonist, Mae Martin, attends a workshop on energy healing and medical intuition. There she encounters a fellow student, Sierra, who makes claims about reincarnation and self-healing and causing one’s own illness because of karma. She also claims that Mae’s boyfriend is part of a special soul group with her and that Mae isn’t in it. When I dropped Sierra into the workshop scene, I had no idea she was going to be my main antagonist and I’m still not sure she is.

I don’t like to repeat myself. Since the crimes in my books aren’t murders, I have to think of new types of wrong-doing for each book. Sometimes the malfeasance is on a spiritual and ethical level; sometimes it’s a criminal act. I’m trying not to make Sierra an echo of Jill Betts, the neo-shamanism expert in Soul Loss, and I’m also aware that I can’t repeat the manipulations done by Charlie, the shady professor in The Calling, who misuses his knowledge of spirituality and alternative healing.

Maybe this antagonist will evolve, or be replaced as the real “bad guy” in the book by a person who’s in her shadow right now. Maybe she’ll end up being a victim of sorts. That was my original plan but my characters acted differently than I thought they would. Still, I think it would be interesting if Mae had to protect and help a strange, difficult person she dislikes. I don’t know yet. Maybe I’ll recycle that idea in the next book. It could work better there. First, I need to wrap up the current WIP. Then I’ll see which little spiders need to be trimmed and set aside for possible other books, and which will get to remain part of the big plant.

The first book in the Mae Martin Psychic Mystery Series, The Calling, is on sale for 99 cents through the end of December.