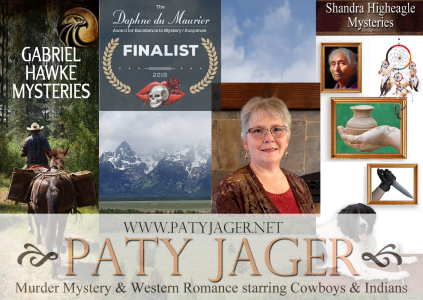 However, you won’t see them here. 😉

I’m having a “Where in the world is Isabella Mumphrey?” Facebook party on this coming Saturday, November 14th from 5-7 pm Pacific time. If you go to the page and sign up to join the party, it will tell you what time it will be live in your time zone. Since Oregon had decided to not change time this Fall, yet, I’ve been hearing we are… So hopefully you can catch me during one of the two hours.

I’ll be giving away two large prizes and many small prizes during the two hours, besides revealing my covers, giving you clues to the “Where in the world” game, and visiting about how this trilogy came to be and anything else you want to talk about.

Here are the Blurbs for the books. Secrets of a Mayan Moon won the Reader’s Crown in 2013 for Best Romantic Suspense.

Secrets of a Mayan Moon

Book one of the Isabella Mumphrey Adventure series

Move over Indiana Jones and MacGyver- Isabella Mumphrey has arrived!

Child prodigy and now Doctor of Anthropology, Isabella Mumphrey, is about to lose her job. Unless she can decipher an ancient stone table—and she can. She heads to Guatemala at the request of her mentor, but drug trafficking bad guys and artifact thieves wreak havoc on her scholarly intentions.

Upon seeing Dr. Mumphrey has never been in a jungle or out of the states, undercover DEA agent, Tino Kosta, gets tangled up in helping her discover the truth.

Which could make them casualties of the jungle.

Secrets of an Aztec Temple

Isabella Mumphrey can’t leave a puzzle alone.  Much like Indiana Jones and MacGyver, she has a knack for getting out of sticky situations. This time she attempts to use her anthropology knowledge to uncover who is stealing priceless artifacts from an Aztec Temple in Mexico City.

Tino Konstantine is also in Mexico City. He has infiltrated a drug lord’s organization to find enough evidence to not only prove the man’s illegal activities, but to bring him down for numerous deaths. Namely those of Tino’s family.

But when their operations collide, and Isabella, strolls into the drug lord’s home, Tino is challenged with the choice of saving her or fulfilling his revenge.

Secrets of a Hopi Blue Star

Landing in the underground world of human trafficking, anthropologist Isabella Mumphrey, a female Indiana Jones / MacGyver, learns her own past is as sordid as the predicament she’s uncovered.  No one is who she’d believed them to be—not her parents, her cousin, her aunt.

The only constant in her life is her fiancé, Tino Konstantine, and now their enemy is using her knowledge of the Hopi blue star to lure Tino to his death.

If yo can’t wait to see the covers or wish to purchase them, here is the link to their page on my website. https://www.patyjager.net/romantic-suspense/

My post next month should be informing you about my latest release from the Gabriel Hawke series. It was fun to write but a booger to get logistics correct. I had to call in help from my sister-in-law and my younger brother. More on that next month! There you go. I like to keep people in suspense and wondering….