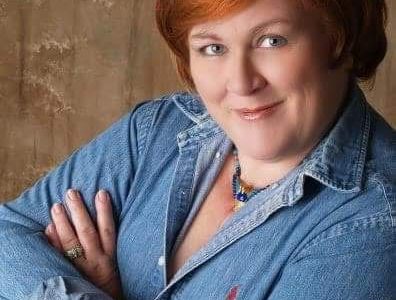 The other night The Husband and I were out to dinner with some of his friends whom I knew very slightly. The wives were nattering on about something so totally mind-numbing that I was half-way listening to the men. They are all sport rocketry enthusiasts – something I know very little about and personally find watching paint dry much more interesting – and were taking about the various propellants used in rocket engines.

One of them laughed about a particular one and said if they weren’t careful they could make a pretty nifty bomb using XYZ. Perhaps unwisely, I said yes, they could, but it would be foolish, as XYZ was disproportionate in explosive value versus weight/size besides being so basically unstable that it was very dangerous to use in the quantity needed to do any significant damage. Plus, it would need a special detonator that would be very easy for the police to trace.

Startled, they all looked at me as if I had lifted my sweater to reveal a suicide vest. The Husband was quick to enlighten them, saying that I was a novelist and that he had helped me research explosives for a work in progress. Obviously intrigued, they peppered me with questions about various fuels and propellants and their non-rocket related destructive capabilities, then became rather petulant when I refused to answer them as completely as they wished.

I probably could have answered all their questions sufficiently to give them a great deal of destructive knowledge, but even though these were all decent and law-abiding men, I didn’t. Why take the risk if I were wrong? Besides, I never tell everything I know, either in print or in person.
Why? Because I write novels, which should be momentary escapes for ordinary people – not technical manuals. I long ago decided that I should never put anything in a story that someone can use to hurt someone else. The idea, yes, or I wouldn’t have a story. Enough facts to have a feeling of verisimilitude, yes. A blueprint, no. There’s no way I can stop people bent on destruction from seeking out all the information they need about any kind of killing tool – and it is out there if they’re determined – but I don’t have to help them.

For example, years ago at an NRA convention I met a salesman who, on finding I was a mystery novelist, delighted in telling me how to get a ballistically clean and therefore untraceable bullet – i.e., how to kill someone with a bullet that had no rifling, no striations, no markings at all. He seemed so proud of himself and then asked me when I put that in a novel would I mention his name. Horrified, I told him NO most definitely, then begged him not to tell anyone else.

I write about crime. I want to entertain, and entertain only. I don’t want to teach or make it easy for some demented person to eliminate another without leaving clues. Sadly, that made the third way I have found to have a ballistically clean bullet. Those who want to can find the information if they search assiduously enough, but I don’t have to help them.

I believe it is the writer’s responsibility to entertain, and perhaps maybe even teach some (hopefully benign) facts. It is not our responsibility to become an instructor – and therefore, in spirit at least, an accessory.

So – I imitate my betters by using selective censorship and obfuscation. Some of my characters do horrible things, but while readers are given enough facts to know what is happening, none are able to recreate the crime. At least, not from what I write. Not everyone out there – especially on the internet – is so responsible. And that is sad.

We write mysteries. It is our duty to provide our readers with a good story that has an interesting plot, accurate research, believable characters, and a satisfying ending.

It is also our responsibility to be sure that in our quest for interesting and different content we don’t turn our fictional books into training manuals. Yes, we want ways of death that rise above the common and usually sordid killings that regularly adorn our daily news, but we must walk a fine line between creating an interesting fictional killing and providing an instructional blueprint for a real one.

I think this duty of responsibility is why in so many early mysteries and in a few current ones the murder weapon is a common blunt instrument or some exotic, untraceable poison, though exotic, unknown and untraceable poisons are currently somewhat out of vogue. Current mysteries seem to be grounded much more in reality than the ones from the so-called Golden Age.

To illustrate my point, years ago I attended my first NRA convention. (By the way, if your mysteries involve firearms, I cannot recommend highly enough that you attend one – the knowledge and help there are phenomenal! It will be in Dallas next month and I definitely intend on going! I’ll probably be blogging about it.) I talked to a lot of people, getting all kinds of information and contacts for my reference file (you do have a reference file, don’t you?) when I talked to this one man who was simply entranced that I was a mystery writer. Normally I’ve found that people just love to help writers, but this guy was totally over the top. He had worked both as a firearms salesman and in a ballistics lab, and among a lot of other things gleefully told me the way to have a ballistically clean bullet. No striations. No rifling. No marks on the projectile to tell which or even what kind of gun it came from. No information except the caliber. Nothing that law enforcement could trace.

I listened intently, partially fascinated and partially revolted. It was a simple process and could be done by anyone with the IQ of a goldfish. Then he asked if I’d use it in one of my books – obviously hoping that I’d put him in there too. Horrified, I said most certainly not, begged him not to tell this process to anyone else and then explained why. He was suddenly as horrified as I – apparently he had never thought that what he regarded as an interesting curiosity could actually be used to commit a real-life untraceable killing.

And no, don’t ask me what the secret is. I destroyed that part of my notes and have deliberately forgotten how. There is some knowledge that should never be shared.

So while killing people made of pixels can be both fun and profitable, we as writers owe our readers and the world in general a sense of restraint and responsibility. I truly believe that none of us would actually use some of the stuff we know to do harm to others, but we must never forget that our stories are read by all kinds of people, some of whom might wish to do harm or even read us in search of ways to do harm. Never forget that we want to entertain, not instruct. I don’t think any of us want to be an accomplice.