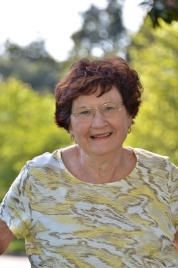 Now that the holidays are over and I’ve broken all my New Year’s resolutions—why do I bother to make them?—I’m about to publish my next novel. It’s a stand-alone mystery set in Southern California and San Francisco. It’s a book I wrote between the first and second books of my Florida series featuring Detectives Andi Battaglia and Greg Lamont. The book, which I called PSYCHIC DAMAGE, was hard for me to write, and when I finished it, I didn’t like it much.
I didn’t like the protagonist, a whiney, nail-biting woman named Eva Stuart who can’t make decisions on her own, is addicted to going to psychics to get advice on how to live her life, and leaves a really desirable man because she thinks he doesn’t love her as much as she loves him. The story begins with the murder of her favorite psychic.
When I finished writing PSYCHIC DAMAGE, I wondered why I had thought this would make a good story. I wasn’t happy with it, but I did what I had to do. I sent it out to agents, took it to a couple of conferences where I pitched it to agents and publishers, etc., etc., but I got no serious bites. I decided no one else liked my protagonist either.
So I buried the book and went on to write the second book in the Florida mystery series, SO MANY REASONS TO DIE. I liked that one. It didn’t give me any trouble, and I liked Andi Battaglia and Greg Lamont, my characters.
Several people who had read the whole or portions of PSYCHIC DAMAGE asked me what had become of it. I said I didn’t like it, so when I finished it, I put it aside. One person in particular, my writing teacher, kept reminding me of this novel that I had written. She kept telling me it was good. “Go back and read it,” she said. “See what you think now, after a couple of years.”
For a long time I didn’t do what she suggested, didn’t go back and read it. Finally, exasperated and having trouble with the third novel in the Florida series (must I always have trouble with my books? Will nothing ever come easily?) I reread PSYCHIC DAMAGE. And what do you know? It’s not a bad book at all. It’s a good book. I like it. I still don’t like Eva, my protagonist, but she does have a significant character arc in the book. She becomes a better, more self-assured person, no longer relying on psychics and able to stand on her own. She even stops biting her nails!
I hope when PSYCHIC DAMAGE is published, you’ll read it and let me know if you learn to like Eva Stuart while you read the book. I did!

I grew up in New York and moved to California when I was in my twenties. I was a Peace Corps volunteer in Africa and when I returned I got a master's degree from the University of Southern California. I worked as the administrator in a public law office, and now I write mystery novels of the "whodunit", multiple suspect, police procedural variety. I live in a small town in Southern California with my husband and two dogs. View all posts by casojka123

6 thoughts on “A Mystery That Almost Wasn’t”