One of the questions I have come to almost dread is the standard one about where I get my ideas for a story or a novel. The question is frustrating because no one really knows where an idea of any sort comes from. These things pop into our heads and we either play with them or toss them. But this morning I was trying to recall a thought about a particular memory that had been nagging at me. And that got me thinking about story ideas.

Some of my story ideas are not story ideas at all but arrive first as an experience I’ve heard about or undergone and can’t quite shake. One day, while still employed in social services, I was working quietly in my office when a conversation beyond my door caught my attention. A woman waiting to see her social worker had gotten into a conversation with the volunteer on the desk, and they were exchanging information on what happens after you’ve been convicted, served time, and are released. The man explained that the County House of Correction bus took you back to where you were originally picked up, usually right outside the courthouse. As he pointed out, you were wearing the clothes you had on when you were picked up. In his case, he was wearing shorts and was sentenced to six months. He was released when it was January and snowing. The woman said the situation was different for women. No one provided transportation for women. She got a voucher for a bus or train ticket and had to walk to the station. Two stories grew out of this overheard conversation.

I had seen the navy blue bus before, along with the man checking off names, and never really thought about it. Now I did. In “Kenny Orslow Shows Up on Time” (Mystery Weekly February 2020), a young man is convicted of buying drugs and shows up at the bus stop at the appointed time, but he’s not on the list and the officer won’t let him on. Kenny is now homeless and stranded—and desperate. I had a lot of fun with this story.

The second story grew out of the differences between how the men and women were treated. In “Francetta Repays Her Debt to Society” (AHMM October 2014) a young woman is released from prison but no one is there to meet her. While away, her boyfriend died and she has nowhere to go. She makes her way back to her hometown and arrives at her cousin’s apartment. The cousin is cool and then surprisingly friendly.

The overheard conversation took place in the early 2000s, but it stuck in my imagination for years until I figured out what to do with it. Another odd bit of information came to me more than thirty years ago. A college student drowned in a snow-covered reservoir. The chief of police attributed the accidental death to the student being from the Midwest and not recognizing that the flat expanse was not a field or pasture but a body of water. That comment stuck in my head for years until it emerged in “The Pledge” (AHMM July/August 2020).

Years and years ago I came across a poster of cartoon faces (like the smiley face) showing a range of emotions, with titles underneath—rows of little round faces each with a different expression. This had been developed as an aid for autistic children learning coping skills. This made me wonder how a person otherwise capable could manage in a world where human interaction seemed so opaque. That question lingered in the back of my mind for years (probably decades) until I finally got an idea, which appeared in “Picture This” (Saturday Evening Post, online edition Friday, April 30, 2021).

When one of these factoids, or odd bits of information, comes to me, I don’t think, Oh, there’s a story here. I just remember it because it seems so peculiar, so different from my regular life. Most of my short stories and novels grow out of this kind of tidbit. Right now I have a few of these rattling around in my brain and I’m not sure what to do with them. One involves a man probably in his sixties. He parked his pickup out front of my house and knocked on the door. He wanted to know if I would trade some of the apples in my tree for a bucket of his—he had several buckets in his truck. I agreed because, why not? While he harvested what he wanted (“Please, take more. I can’t use them all.”) he told me about all the fruit trees in Salem that were on public land and therefore whatever they produced was free for the taking. He’d been harvesting, hence the filled buckets in his pickup. I know he’ll end up in a story but I can’t say when.

Meanwhile I’ve been working on a story about an inept hustler who learns damaging information about a friend and tries to use it as leverage with a drug dealer. The idea came from an interview with one of the guards at the Stewart Gardner Museum. A reporter tracked him down in a shabby apartment in a small town and told him some people thought he was in on the robbery. His comeback? “Would I be living here if I had been?” We’ll see where that one goes.

So when someone asks me where my ideas come from, the answer is, Well, it’s complicated. Mostly from life.

I was working on my current manuscript the other day, when the idea for a short story came to me. I’m not a short story writer. I’ve tried. I did not succeed. But I was struck by the idea, wondering why it came to me. At this point, I’m more interested in the idea than in writing the actual story.

The story would go something like this: an average guy accidentally gets involved in a battle between good guys and bad guys from the future (yes, I’m a Sci-Fi fan). He doesn’t have the skills or knowledge that the future warriors do, but he has a good heart and a lot of courage. He joins the battle and helps the good guys win. They invite him to join them, to travel to the future with them, where he can have a better life. He’s thrilled. He’s got no family he’ll miss (maybe his wife just died in childbirth or something tragic like that).

He travels to the future with his new friends, excited for the life that awaits him. When he arrives, he’s processed into his new community. You know the type of thing: paperwork, blood tests, analyses to make sure he’s safe. To make sure he’ll assimilate well. Everything goes great, until they get to the final page of the questionnaire.

“What is—well, ahem, I suppose I should say what was your profession? What can you do to contribute to our society?” The future agent man asks him.

Future agent man blanches. He stands, the papers he holds shaking in his hands. He glances at the two-way mirror on the wall and jerks his chin toward it in some sort of signal.

Our hero, for the first time, starts to worry about his decision. Two burly men in white suits carrying long, silver tubes enter the room.

“I’m sorry, but we can’t let you stay,” future agent man explains apologetically. “Writers are too dangerous. Too subversive. We don’t allow those types here.”

Our hero doesn’t feel a thing as he is humanely euthanized. 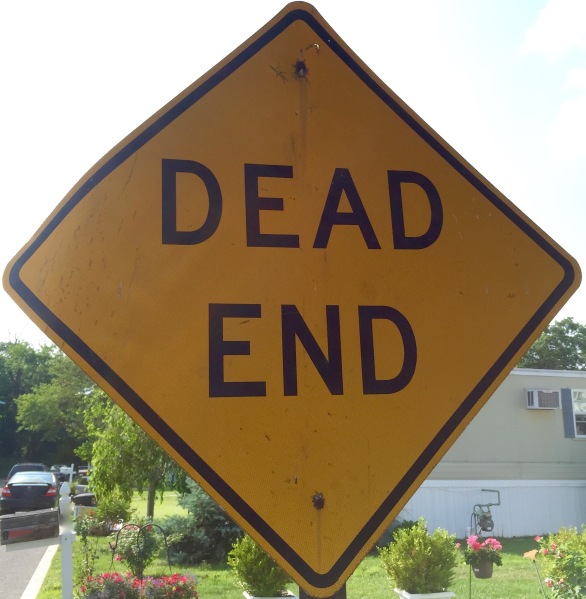 Sometimes I feel powerless. Sometimes I feel like I’m just a cog in a machine that I can’t control. But we all have our own way of moving our little part of the machine. Maybe we can’t steer, maybe we can’t even control our speed, but for each of us there’s something we can do. For me, it’s writing.

I love the fact that I can build my own worlds, create my own characters, heroes and villains. Bad things happen, but they generally end well. (Alright, not for the people who get killed, obviously. But usually for everyone else!)

When I write, I need to remember to do it with intention, with thoughtfulness (my fellow Lady of Mystery, Amber Foxx, might say mindfulness). Because what I write matters.

I think my idea was connected to the fact that today is Martin Luther King Day. He was a man who knew how to use words, as well as actions. His words had power. They still do.

I’m inspired by him in many ways. One of those ways is recognizing that words matter.

A short story anthology is like a box of chocolate—you never know what you’re going to get.

Like all small presses, Cozy Cat Press doesn’t have a big advertising budget, so publisher Patricia Rockwell is always looking for new ways to promote her authors. One year the authors joined together to write a group mystery, “Chasing the Codex” (I wrote chapter 3). Another year CCP published a cookbook.

This year Patricia wanted to release an anthology to showcase the writers. Instead of paying for one author, the reader gets 25 different voices to sample.

Submissions to the anthology were voluntary. Some writers had other commitments and some chose not to take part.

The anthology doesn’t have a theme because that proved too limiting. Some authors wanted to use an old story they had sitting in a drawer. Others wanted to write about their CCP series characters. Others wanted to pen something different than their books. In all, an eclectic mix.

This year I’ve been working on a novel to launch a new series, so it was fun to revisit Sandy Fairfax, the star of four books of his own. He has such a distinct personality that I jumped back into his voice with no effort.

The story takes place on a children’s TV show, an idea that sounded fun but not meaty enough to stretch into a 200-page novel. Besides, I’d already written two books set on a studio lot, so I wasn’t interested in rehashing that idea for another book. So the kids’ show was a simple concept suited for a short story.

In late spring/early summer this year I wrote “The Puzzling Puppet Show Caper.” My books follow chronologically, so this story immediately follows book four. I wanted to reuse a character from book two, but in reviewing that book I discovered the character couldn’t make a comeback. I created a new character to take its place. I’d forgotten how book two ended, so it’s always good to reread ones books now and again.

I manage to sneak in a recurring character, Sandy’s agent, who appears in all four books, and his girlfriend, who arrives in book two. Short stories have no room for subplots, so none of Sandy’s family members show up.

The time frame is shorter. The novels cover one to two weeks. The short story is set in one day.

Like the books, Sandy involves himself in a murder investigation and gets caught in a “death trap” at the end. He’s been in more cliffhangers than the Perils of Pauline.

Enough about me. I ordered the book because I’m eager to read how the other authors put a story together.

The print version is a larger size than the regular CCP paperbacks in order to accommodate all the stories—340 pages!

So if you’re looking for a tasty story this holiday season for yourself or as a gift, dip into the “Coy Cat Shorts” smorgasbord.