Following the clues may not only stop the wedding… but separate Shandra and Ryan for life.

This is the tagline for my latest release. When I wrote it, I didn’t realize the impact it has on readers. Especially those who have followed my series and have begged me to get Ryan and Shandra married.  I’ve had emails and comments that they hope this doesn’t mean the two will come to an end.

I told my readers this book coming up would be the wedding. But oops! As a writer it is my privilege and job to make the characters and the readers suffer, just a little bit. Make them squirm in their chair as they read and worry that Ryan and Shandra may never be together. After all, Shandra does stick her nose in where she shouldn’t and brings  bad people to her door. And Ryan’s job is dangerous. But even more so when his fiancee is  get mixed up in a murder investigation.

So how mean am I? Do they or don’t they get married? I’m not telling. 😉

I finished the first book of the new Gabriel Hawke series. I love it, but wanted feedback from two beta readers- one who reads all kinds of mystery and suspense and one who is a male reader. The first reader, I wanted to know what genre she felt the book fit in and the male was to make sure, since this series is all in the male POV that I kept him macho.

The first reader liked it, felt it fit in with CJ Box, William Kent Krueger,  Craig Johnson.  But she said the beginning was flat. I took a hard look at the beginning and she was correct. I had tried to put information in the beginning that could be learned later in the book. It ups the reader’s intrigue to not tell them as much about the main character in the first paragraph. I was doing an informational dump at the worst time. When I want the reader to dive into the book, not be thinking,  “Okay, so he’s a game warden big whoop- What’s this story about and why should I be interest?” 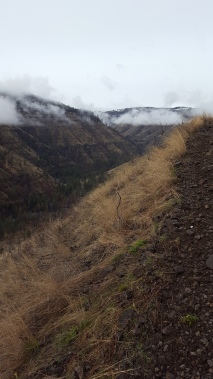 Here is the sentence I had at first:

Oregon Fish and Wildlife State Trooper Gabriel Hawke glanced up through the pine and fir trees at the late August summer sky and didn’t like the sight of half a dozen shiny black ravens circling.

Here is the first line- much better than what I had before:

This one has more punch and grabs the reader’s attention better. This book, Murder of Ravens will release Jan.  20, 2019

And here is my latest Shandra Higheagle Mystery release: 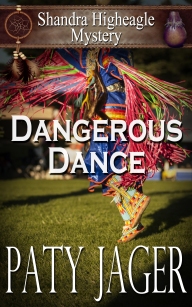 At the reservation to make final arrangements for her upcoming wedding, potter Shandra Higheagle gets caught up in the murder of a young woman about to turn her life around.

Having no jurisdiction on the reservation, Detective Ryan Greer pulls in favors from friends in the FBI to make sure there is no delay in their wedding.

However, the death occurs in a sacred place and could place the nuptials on hold. Following the clues may not only stop the wedding…

But separate Shandra and Ryan for life.

6 thoughts on “Pulling in the Reader by Paty Jager”