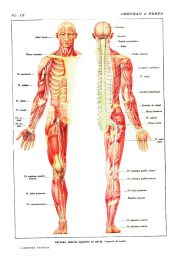 Though body is the central element of all experience, it’s easy to take it for granted until it fails in some way. The flesh and bone and nerve that makes up a human are resilient and yet also shockingly vulnerable. Having spent my academic career in the field of Health and Exercise Science, of course I’ve paid considerable attention this subject, but I also think about it as a reader and as a writer. What place do illness, aging, and injury have in the books we read for entertainment?

It depends on how lightly we want to be entertained. In Henning Mankell’s Kurt Wallander series, Wallander’s poor diet, lack of sleep, and high levels of stress have cumulative effects throughout the series. His struggles to regulate his habits and to cope with his declining health are portrayed with affecting intimacy and realism. Meanwhile, the protagonists in humorous cozies often have junk-food habits and hate to exercise,  yet they remain healthy and attractive and able to escape from danger with adequate agility, experiencing no worse negative consequences than five or ten pounds they would like to lose. The same common health behaviors can be written as tragic flaws or comic flaws, depending where the book fits in the genre spectrum.

Injuries are common in mysteries, from bullet wounds to twisted ankles to head injuries. In recent years, the latter have been handled with more accuracy as we better understand concussions. The person investigating the mystery is now less likely to get knocked on the head and push through with nothing but a lump and a headache. Recovery is slower than it was once thought to be, and new awareness of the cumulative effects of repeated concussions, from depression to dementia and other problems, may keep writers from giving their lead characters too many blows on the head.

The sleep deprivation that protagonists sometimes endure in mysteries ought to make their reaction time slower, their short-term memories less reliable, their emotions harder to control, and their attention span fragmented. Adrenaline will help in an emergency, but not for an entire day. I’ve seen this portrayed realistically in some books and inaccurately in others. Science has shown that no one can actually train herself to function without adequate sleep, though this may be one of the hardest health misconceptions to correct, perhaps because tired people (like drunks) overestimate how well they are doing.  To some extent, we  can learn to handle the stress of fatigue and recognize how it affects us, but we can’t sustain normal cognitive and physical functioning.

Some health conditions and injuries are random—the roll of the genetic dice, the roll of a car off the road—but in fiction, out-of-the-blue disasters can seem contrived. A character’s health challenges can play a role, though, and a great variety of physical conditions have a place in a realistic representation of the world.

In M.L. Eaton’s When the Clocks Stopped, the first book in her Mysterious Marsh series, the lead character Hazel, an attorney, is pregnant and gives birth, and in the next book she’s nursing her baby. These natural aspects of her life add depth to the stories and complexity to her crime-solving efforts. In Anne Hillerman’s latest mystery, Song of the Lion, retired Navajo Police lieutenant Joe Leaphorn lives with the effects of both aging and serious injury and finds meaning, purpose, and dignity within his limitations, helping a former colleague to solve a case. Still the deep, complex character he was when Tony Hillerman introduced him twenty-one books ago, Leaphorn has gone through life changes, and so have readers who have been with the series since the beginning.

I intentionally started the Mae Martin series with my protagonist in her late twenties, so I would have decades of her life to explore, with all the changes those years will bring— emotional, professional and physical—for her and the people close to her.

As a reader, do you notice or think about characters’ health? As a writer, how to do you handle it?

Book one in my series, The Calling, is on sale for 99 cents through this weekend on all e-book retail sites.

Obeying her mother’s warning, Mae Martin-Ridley has spent years hiding her gift of “the sight.” When concern for a missing hunter compels her to use it again, her peaceful life in a small Southern town begins to fall apart. New friends push her to explore her unusual talents, but as she does, she discovers the shadow side of her visions—access to secrets she could regret uncovering.

Gift or curse? When an extraordinary ability intrudes on an ordinary life, nothing can be the same again.

No murder, just mystery. Every life hides a secret, and love is the deepest mystery of all.