The whole reason I picked an amateur sleuth was to avoid having to be too technical with cop speak and legalese.

I’m working on Book 8, Fatal Fall, in the Shandra Higheagle Mystery series. Shandra has the flu and her boyfriend, Weippe County Detective Ryan Greer, has had more time in this book than in previous ones. I didn’t think this would be a problem. Usually Shandra is sleuthing, and Ryan is backing her up with his credentials. This book, he’s doing the investigating, and I find myself having to look up cop jargon and legal words.

My poor son-in-law who is in law enforcement has had more emails than he probably likes from his mother-in-law lately. 😉 I’ve also googled, and I remembered seeing a couple of blot posts on the crimescene yahoo group about cop speak.

I had a suspect who had been arrested before. I wasn’t sure if I wanted to say on felonies or misdemeanors. I googled and found a wonderful dictionary of legal terms that helped me out.

A lesser crime punishable by a fine and/or county jail time for up to one year. Misdemeanors are distinguished from felonies which can be punished by a state prison term. They are tried in the lowest local court such as municipal, police or justice courts. Typical misdemeanors include: petty theft, disturbing the peace, simple assault and battery, drunk driving without injury to others, drunkenness in public, various traffic violations, public nuisances, and some crimes which can be charged either as a felony or misdemeanor depending on the circumstances and the discretion of the District Attorney. “High crimes and misdemeanors” referred to in the U. S. Constitution are felonies.

A serious crime, characterized under federal law and many state statutes as any offense punishable by death or imprisonment in excess of one year. Under the early Common Law, felonies were crimes involving moral turpitude, those which violated the moral standards of a community. Later, however, crimes that did not involve moral turpitude became included in the definition of a felony. Presently many state statutes list various classes of felonies with penalties commensurate with the gravity of the offense. Crimes classified as felonies include, among others, Treason, Arson, murder, rape, Robbery, Burglary, Manslaughter, and Kidnapping.

I needed to know about warrants- I asked my son-in-law and Wikipedia.

Search warrant is a court order that a magistrate, judge or Supreme Court official issues to authorize law enforcement officers to conduct a search of a person, location, or vehicle for evidence of a crime and to confiscate any evidence they find.  Typically, a search warrant is required for searches police conduct in the course of a criminal investigation.

Since I am in the cop’s point of view so much, I needed to use words that I wouldn’t use for Shandra. This is where I remembered seeing, and I had thought I’d bookmarked, blogs that Lee Lofland had posted on the Crimescene and Sisters in Crime yahoo loops. I posted to the crimescene loop, and he sent me the URLs to the blog posts. Here they are for your viewing and perhaps writing pleasure.

All of this information will help to make my character, Detective Ryan Greer, sound as if he and I know what we’re talking about.

Have you ever come across a book where the character said or did something that didn’t jive with what you knew of their profession? 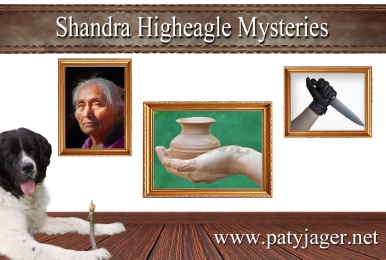 2 thoughts on “Walk the Walk by Paty Jager”